Qatar’s native bee is a small jungle bee. It nests in trees and rocks and stubbornly refuses to be domesticated.

Khalid al-Suwaidi, Qatar’s top honey producer, says when he was growing up, every house in Qatar had 3 or 4 wild bees nests. Now there’s nothing like that many, but we had one in our front porch in the summer of 2017.

It hung from a branch of a tall pot plant outside our front door, like a large sponge, hidden amongst the leaves, we heard it before we saw it. A low buzz of hundreds, maybe thousands, of busy creatures, never stopping, always moving. Collecting nectar, cleaning the comb, fanning the hive, laying eggs, feeding larvae, making honey.

We left them to their daily work and they left us to ours. They were particularly active at eight in the morning when great numbers would leave to collect nectar.

At that time, I had to get into my car through the passenger door or else risk taking some with me.

We did take one bee on a road trip up to Al Khor. My 3-year-old spotted her (all bees that gather nectar are female) when we were on the Al Shamal road, clinging on to her window. We tried so hard not to let her escape when we opened the door, but she did.

Bees can fly up to six kilometres to find nectar, but I don’t think this little bee would made the 50 kilometres back home.

The nest grew and grew, threatening to topple our plant. We tried to prop it up, but panicked about getting too close. We seem to have an inbuilt fear of being attacked by a swarm, even though these bees showed not the slightest sign of aggression.

Then one day, the whole colony left.

A few bees returned a day or two later to drain the last of their honey out of the comb and then they too flew away to their new nest.

If you have a bees nest in your garden, please don’t destroy it. The bees will move off on their own. If you do need to remove it though, call a professional beekeeper for the job. Nadal is a good man for this. Tel: 7730 5035 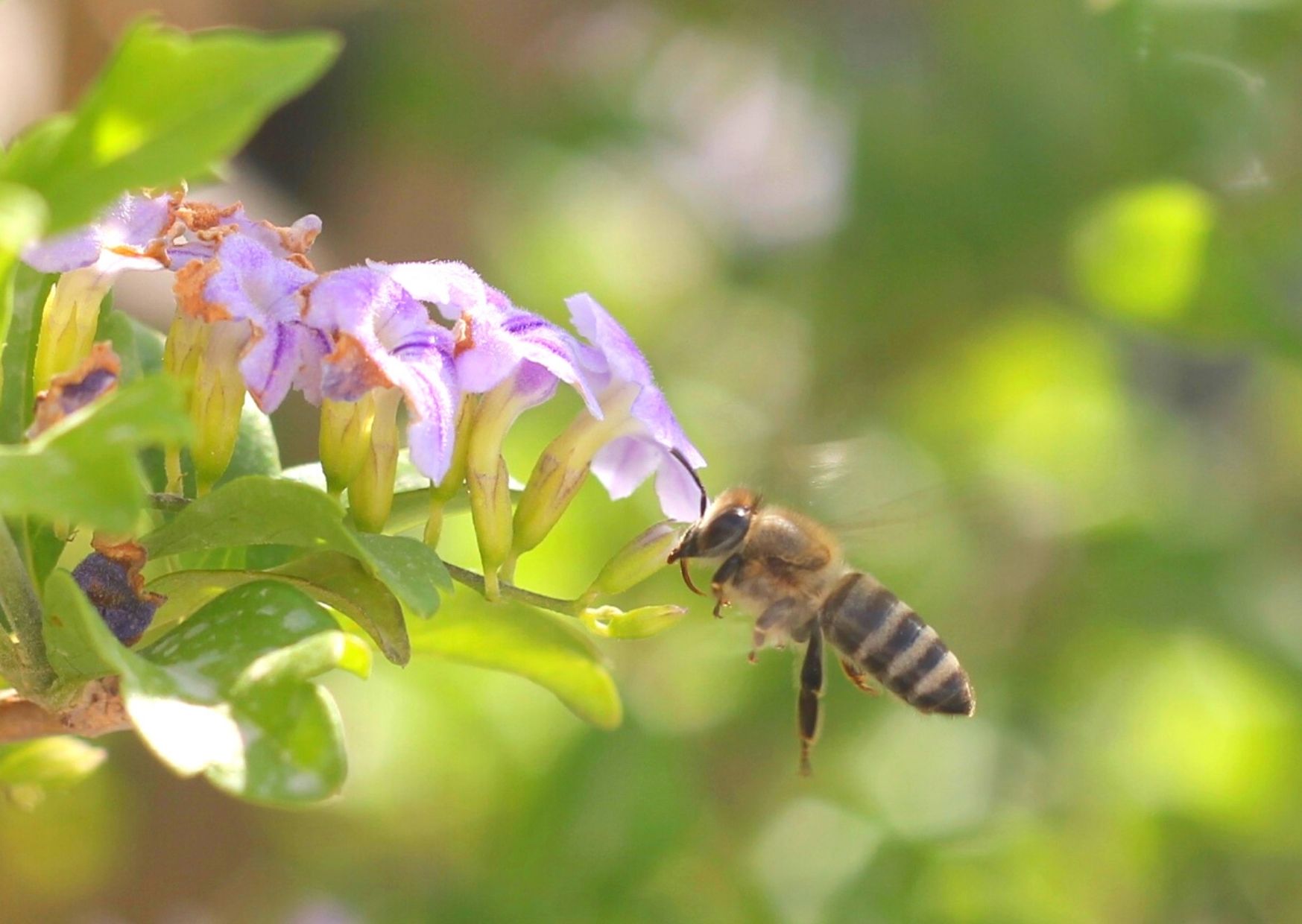